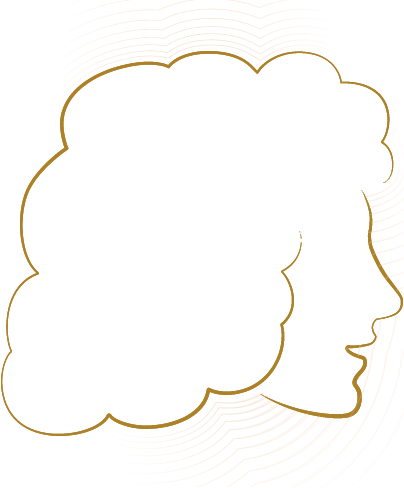 “Grappa is a living thing and should be treated as such. To send it out as soon as it has been made would be like trying to make a one-year old child walk alone. It takes time. Coming of age is a delicate process for grappa too. " This is what my grandfather Lazarito used to tell me while taking me by hand to the aging cellars to breathe in the perfume of the angels.”

When I was a child, my grandfather Lazarito taught me that between September and October, on our Langa and Monferrato hills, you have to walk with your eyes wide-open and your nose alert because the air is filled with inebriating scents. Each vine has its own “voice” with grapes of varying “moods” which soon become wine, leaving the marc still vibrant with the scents my grandfather looked for when he visited the grape growers at the end of the harvest to choose the raw material which would make a mysterious and alchemical journey through the pipes and coils of the still to be transformed, drop by drop, in Grappa. 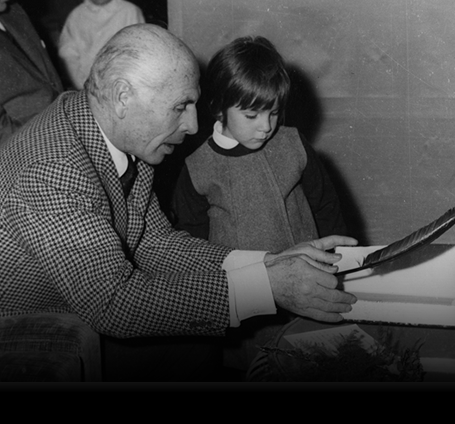 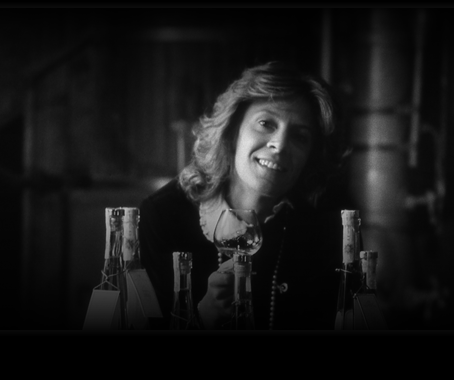 And as I held his hand, I breathed in the scent of Moscato, trying to figure out if it came from Calosso or Canelli. I used to imagine the elves transforming those aromas into a white, clear liquid that smelled like flowers and honey.

Thus began my journey in the world of grappa, still full of surprises, and with every taste I relive my grandfather’s lesson. “He was a great old Master who taught me so many beautiful things”

Then came along Gino Veronelli, who continued my grandfather's lesson and enriched it with his "categorical imperatives": single-variety marc for each Selection of grappa, fractional distillation in pot stills (by steam or using a double boiler), ageing in oak barrels to convey the elegance and structure typical of Cognac, Calvados and Whisky.

I did my first test in 1986 with a line of grappas made from ancient Piedmontese grape-varieties. I baptised the line with my initials, AB.

Today ABselezione Italian Spirits is the successful culmination of many teachings, the summary of a new concept for Grappa, our national distillate; to give life to a selection of the best Italian spirits, produced strictly within the criteria of quality from grapes and marc of excellence throughout the Italian boot.

These grappas have a bold and proud personality and tell of Italy's splendour, from the Alps to the sunny land of Pantelleria. 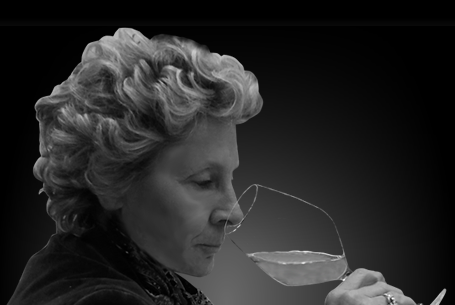 “The story of an unusual journey:
that of Moscato grape and its “essence”, from the Alps to the Mediterranean, where emotions travel from the palate to the heart”. 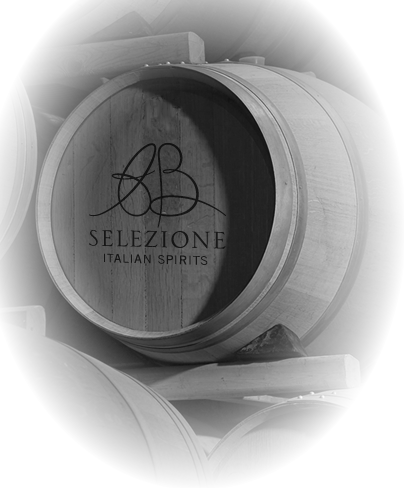 I have always thought the Moscato grape had a certain magic that put a spell on my great-grandfather who started producing “Grappa di Moscato” in the late 1800s using the marc of the big names of Piedmont producers of Asti Spumante, which has always been a symbol of celebration and joy.

The idea is to select, age and offer the best Moscato grappas produced by various distilleries in different regions of Italy – Valle d’Aosta, Piedmont, Lombardy, Sicily, Sardinia – and brought to Piedmont for ageing in French oak barrels toasted to various levels for that purpose.

Important for this project is the collaboration with a local distillery between Langhe and Monferrato, in Costigliole d’Asti: Beccaris Distillery, small, modern and committed to quality.

Other great "Italian spirits" are part of the project:

Tre GRAPPE MILLESIMATE (Three Vintage Grappas) , which are rigorously selected according to the year of production and numbered by each single bottle.

Tre LIQUORI (Three Liquors). Three Liquors which belong to the Piedmont’s ancient liquor making tradition: Ananda is a cocoa liquor, Calvilla is an apple liquor, the Calvilla cultivar is supported by the Slow Food Presidium in Piedmont and Myntha, is a pepper mint liquor, produced from “Menta piperita” grown in Pancalieri, Torino

“Apianis Apes dedere cognomen, praecipue earum avidae” The Apiana grape-variety gets its name from the bees that are greedy for its sweet nectar, as Pliny the Elder said, speaking of the grapes that we know as Moscato.

The good, sweet Moscato grape came from Asia Minor and spread throughout the Mediterranean basin with Greek and Phoenician sailors.
The penchant for this variety is described by Varrone, Columella and Pliny who used to call it Apiciae and Apianae due to the bees' fascination with the sweetness of its berries.
All Moscato grapes cultivated in Italy have characteristic aromas mainly due to some terpenes such as LINALOOL, which in this case is the most representative.
There are three main types: Moscato Bianco or Moscato di Canelli ( of Greek origin), Moscato Giallo or Orange blossom (also called “Sirio” for its Middle Eastern origins) and Moscato di Alessandria o Zibibbo (of Egyptian origin).

It is the magic of bartenders: shakers, twist, strainer and spoons give life to special potions as in an alchemistic ritual.

Those who say that Grappa is too “aggressive” to mix should taste AB SELEZIONE smooth Grappas: together with Ananda, Calvilla and Myntha liquors, in the hands of the magic bartenders, become the protagonists of an extraordinary series of enchanting and seductive drinks. 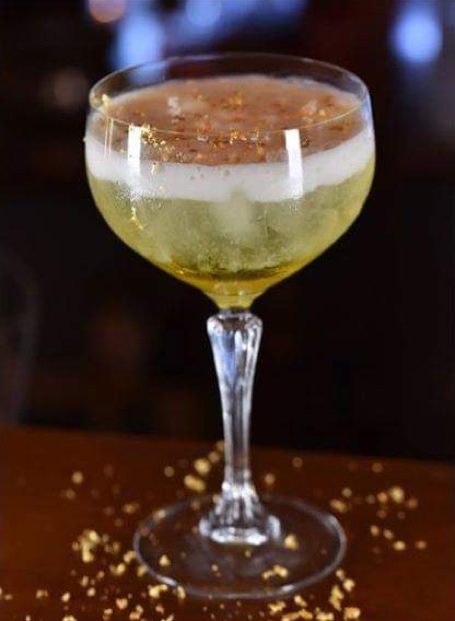 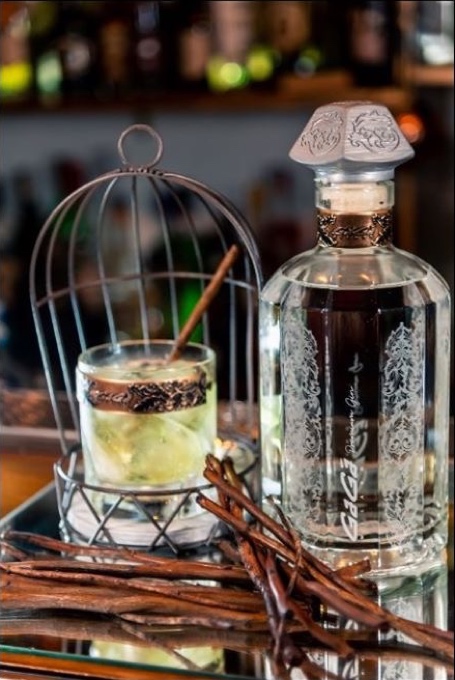 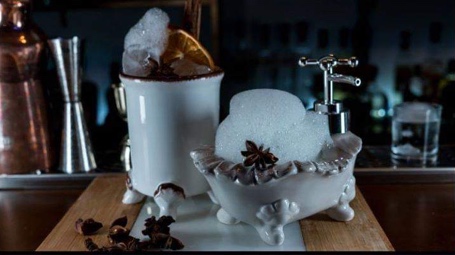 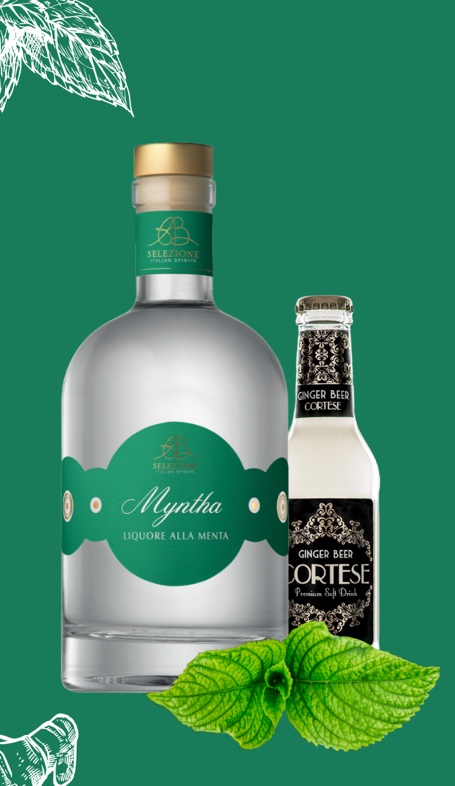 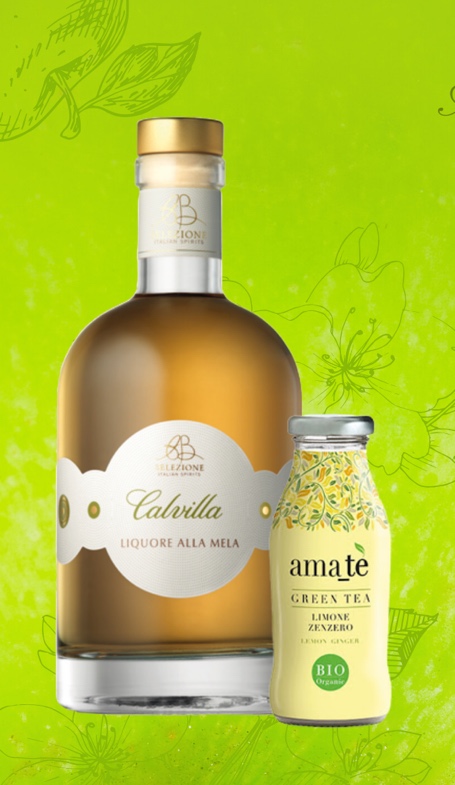 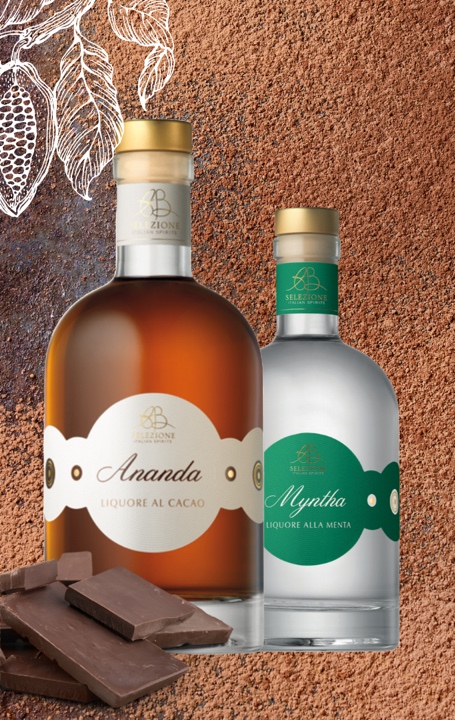 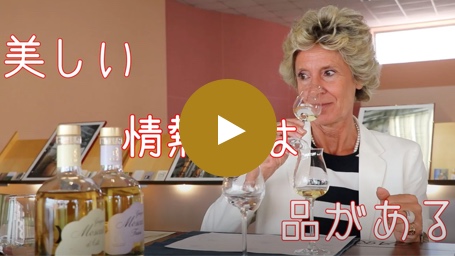 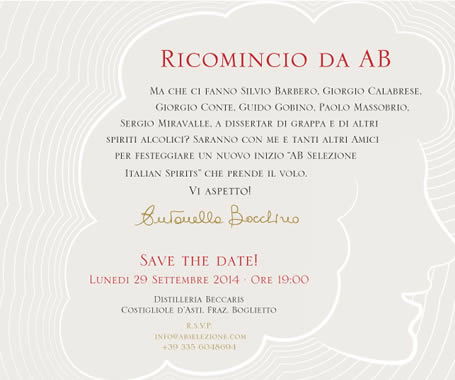 Graphic design and development by SGA and Ocho Durando,
photographs of moscato by Bruno Murialdo